How to get there

Cartagena is a Spanish city was founded in 227 BC (also know as New Carthage). This strategic location surrounded by mountains and with access to the sea did not remain without attention from the Finnian commanders. To avoid such a " height” would have been an impermissible luxury in those days.

Today, this port is considered the key in the country, and its name speaks for itself Puerto Commercial.

How to get to Cartagena?

By car. The first assumes the presence of your car. You can read about renting a car at Alicante airport here. So, we have two autobahns available. The AP-7 toll highway and the N-332 regular highway, along the coast, which connects the cities of Torrevieja and Cartagena. Travel time will be 45-55 min.

Public Transport. The second option is to use public transport. In the region of La Zenia stop is on Av.de la Playa opposite "Deutsche Bank". A ticket for the "Costa Azul" bus company will cost 2.75 euros per person. Direction: Destino Orihuela. In the end, we change the wheels on the rails and go to the station Murcia Del Carmen (line C1) by train. But that's not all. In the capital of the region, transfer to the "Alvia" train, destination: Cartagena. Plus an hour and you in place!

Taxi. The third is the old and proven method of "calling " a taxi

What to See in Cartagena

Historic center of Cartagena include a set things to see: monuments, palaces, buildings. Get to know the most visited tourist places of the city with our photo gallery 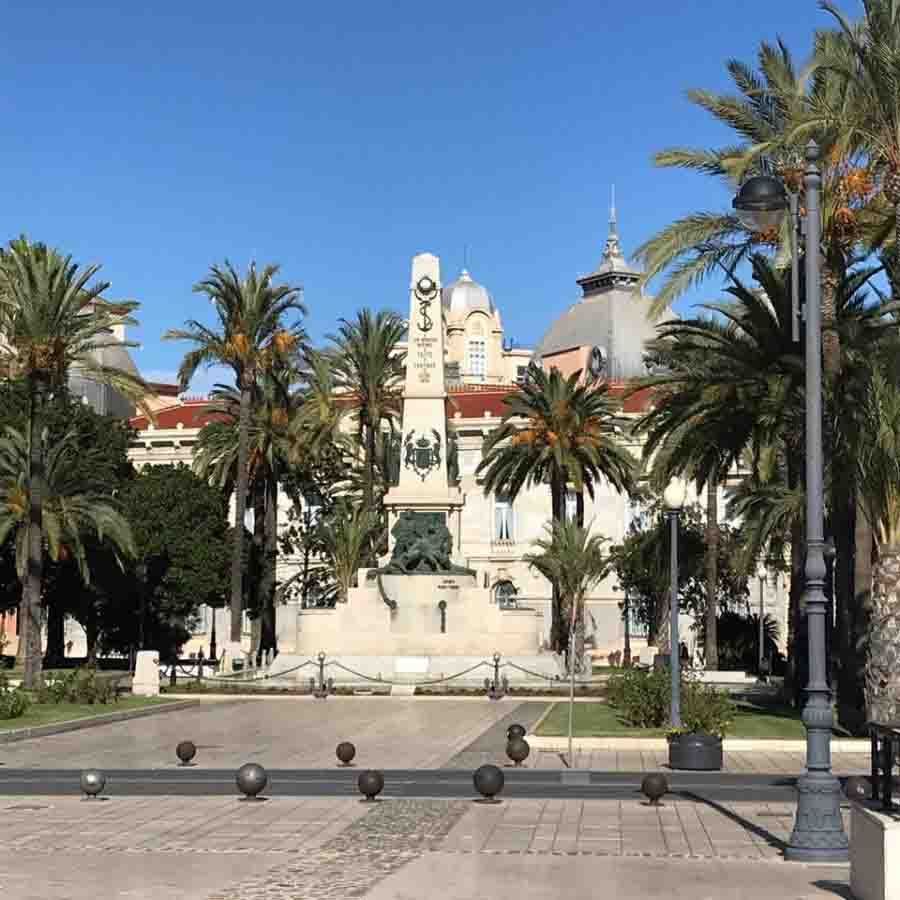 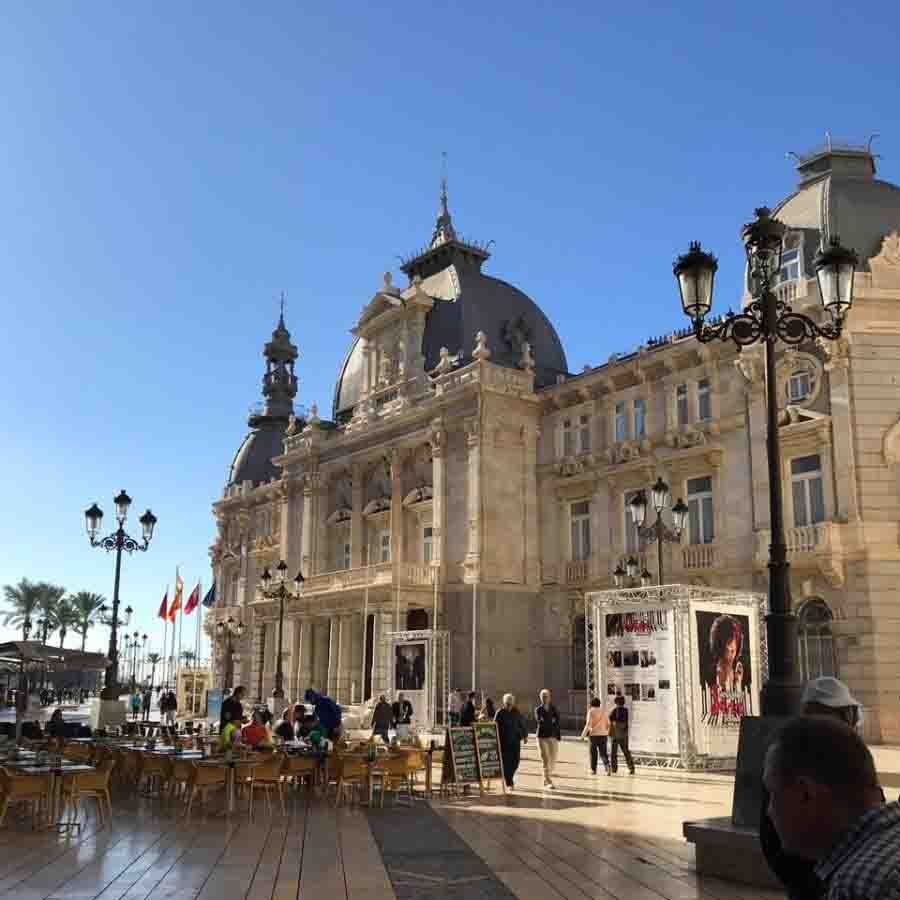 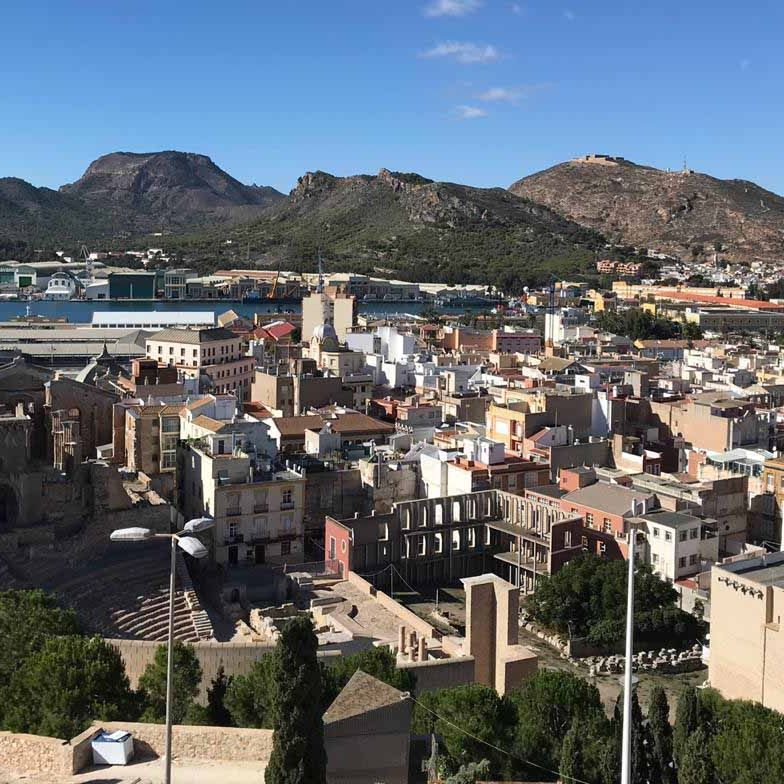 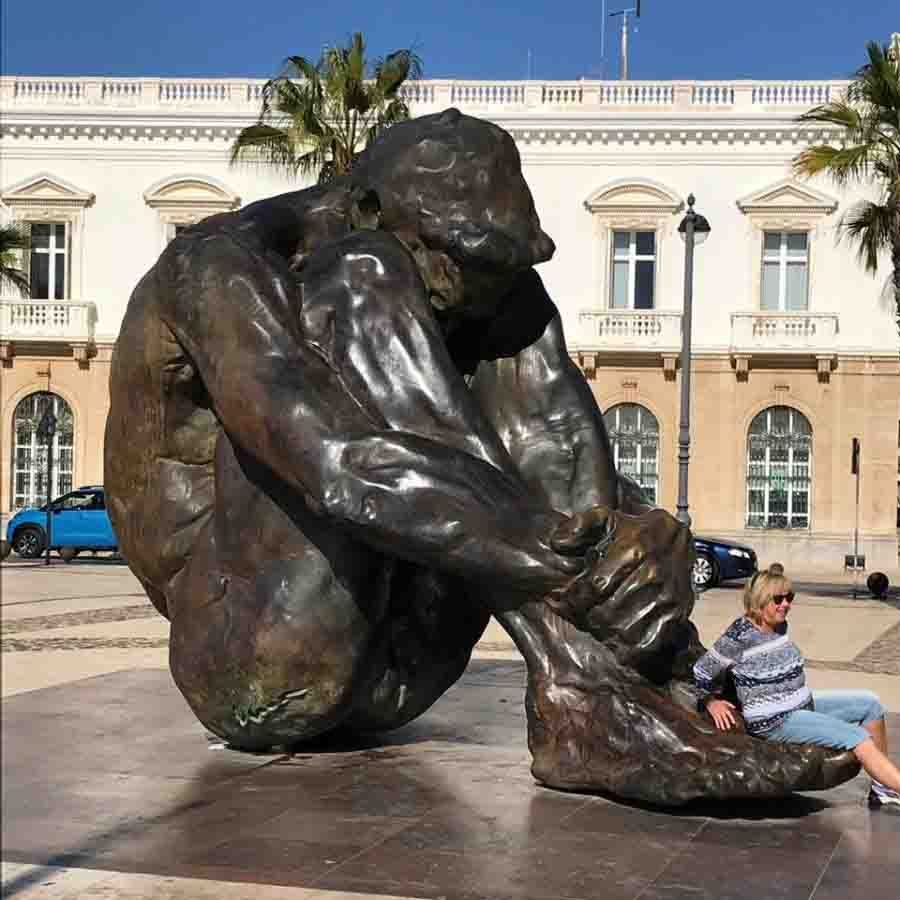 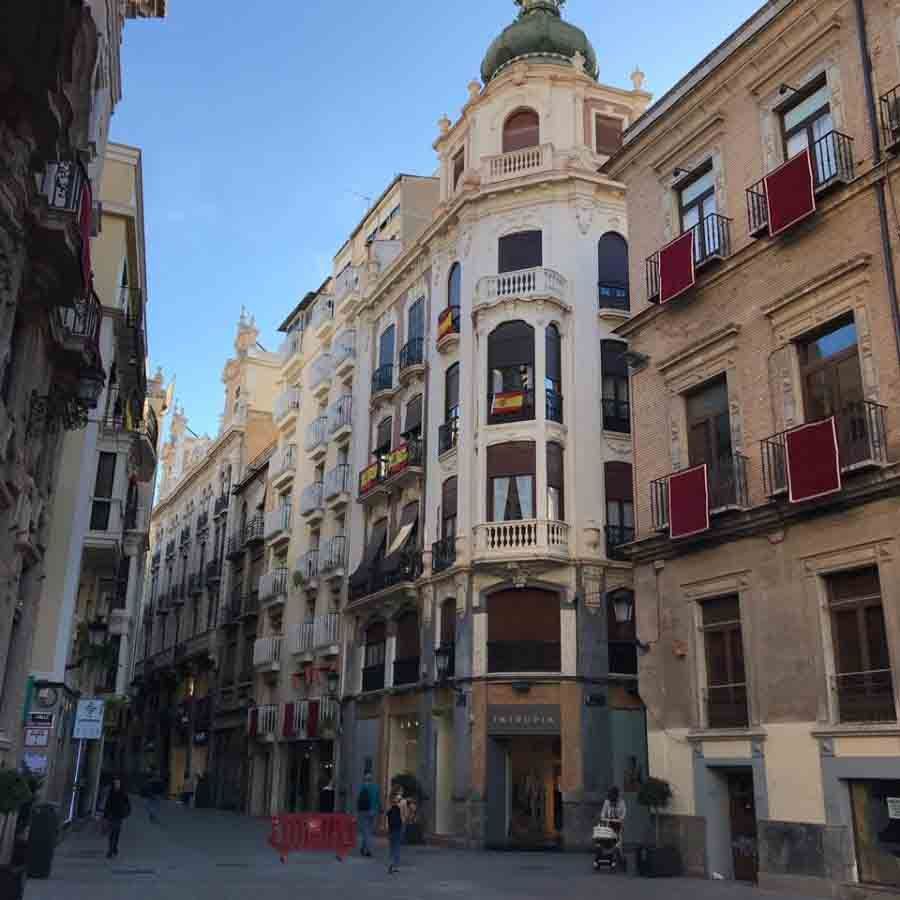 Places to Visit in Cartagena

Where is better to start

Which places to visit in Cartagena and where is better to start walking tour? Los Mateos is the starting point for a hiking trail. The railway station is located here and one of the above-mentioned roads ends. For us, everything is just beginning!

While we have not gone far in our story, it is necessary to share a little trick of life for caravanners. Spain is more famous than anyone for its narrow streets and lack of parking spaces on them.

Free parking in the city of Cartagena awaits you at the Lidl shop ( in the Plaza Mejico). Use!

What Not to Miss in Cartagena

The bronze monument of El Zulo in Cartagena, it is a work of the Spanish sculptor Victor Ochoa. The total cost of the sculpture: $750,000. Almost a million euros can be touched on Alfonso Street

The arsenal along the waterfront is represented by 12 artillery pieces of various origins. The two of them were sold to King Ferdinand VII from Emperor Alexander I. This is easy to verify, because the cast barrels are decorated with a double-headed eagle - the symbol of russian empire.

TAIL OF THE WHALE

The sculpture is about five meters high and eight meters wide, imitating the natural immersion of a mammal in water (a frequently observed phenomenon near the Mar Menor lagoon). The author of the project Fernando Saenz de Ellorieta. He is a sailor and a professional diver.

Grand Hotel is a luxurious mansion, the work of the architectural "father" of Cartagena - Victor Beltri. However, for many years, the building served as a police headquarters and also housed accommodation for officers and their families.

Find and Book the best hotel in Cartagena

Walking through the neighborhoods, the abundance of archaeological works catches the eye. This is because the main attraction of the city of Cartagena – the Roman amphitheater

It was discovered only in 1988. In this story, amazing is the fact that a monument of such magnitude was hiding from the gaze of passers-by, literally under the nose. Draw the formula: take the date of laying the first stone in the walls-commensurate with the period of discovery, take into account the size of the center: 2x2 kilometers. Amazing!

Everyone can get to the arena erected in honor of Gaius Julius Caesar from Tuesday to Saturday from 10 to 18: 00. Sunday is a shortened day, and Monday is a day off.

On the waterfront, at the foot of the ancient building, there are a couple of interesting museums of underwater themes, where you can see the bathyscaphe era of Jacques Yves Cousteau and get acquainted with the artifacts collected from the bottom of the sea (Museo Nacional Arqueología & Subacuática and Naval) Coastal zone will please and vacationers with children. Trampolines, amusement rides, cotton candy at an amusement park will appeal to young travelers.

Take a look at marble memorial to the wars of the Spanish-American battles, dedicated to the battles of Santiago de Cuba. It offers a beautiful view of the City Hall and the surrounding area. Do not neglect the chance to eat and enjoy fresh seafood dishes, such as paella and fedua, because further along Calle Mayor you will find boutiques, souvenir shops and the next excavation of Cerro Molinete- which is a set of stone remains.