Caminito del Rey - the royal hiking trail in El Chorro Gorge is a terrifying and beautiful place, included in the top list of deadly attractions of the planet! Mountain resort of Andalusia with infamous fame.

Gallery
Go to back

The King’s Path in Spain

El Caminito del Rey - Spanish “King’s Path” is located in the province of Malaga in a unique village El Chorro. And there are several reasons for it, let's describe them one by one.

It is difficult to give a single explanation why it became the main centre of attraction for thousands of travellers. I wonder, what will be the key reason for your visit Spanish gorge El Chorro? A huge limestone canyon, picturesque cliffs, lush vegetation, pine trees, incredibly clean air, turquoise lagoons could drive you crazy and intoxicate your mind.

In the twentieth century, Mountain Rivers served as a base for the creation of reservoirs and, as a consequence, it resulted in the construction of two hydroelectric power stations at the beginning and end of the gorge. For the convenience of the workers of the hydroelectric station, in 1905 a special track was built, made of concrete driven into the rock. In the current view, it was a single-level scaffolding along the cliffs, reinforced by meter wooden poles. Unfortunately, they were not used for the intended purpose for a long time. In contrast, this was a typical case of negligence: the work was commissioned but the installers of the construction left the place without disassembling the auxiliary structures, which became a magnet for the extreme thrill seekers. Risk lovers, indeed, managed to get there, despite the displayed warning signs: the construction is unstable, the entrance is forbidden, or even the elementary no way sign.

“King’s Path” – has got its name thanks to the Spanish monarch Alfonso XIII, who personally completed this hiking trail in 1920. Today, it is possible to retrace the steps of the king and experience these complex sensations at the same time - admiration for the incomparable beauty of nature and a screaming sense of self- preservation. In reality, there is nothing to fear. To anticipate your question, let me reassure you - everything was renovated in 2015 and now the structure is absolutely reliable.

So, why it was originally called the "death path" and " the most dangerous hiking trail in the world "? The answer is simple - temporary structures fell into decay. Some parts of them collapsed. Any careless movement led to fatal consequences. Step into the void ... It is not a joke! The desire to taste the adrenaline rush killed many! There have been at least 70 ruffers deaths on the Caminito del Rey. They traded life for fleeting emotions. A bad example is often contagious ...

The Spanish government has decided to put an end to the tragedies of young desperate people, having restored the perimeter. The forbidden fruit is not so sweet ...

The modern route passes OVER the old one, which adds to visual acuity: although it is difficult for an ordinary man to imagine his way through the dilapidated sections of the passage, you can tickle your nerves by looking at them from a safe distance. 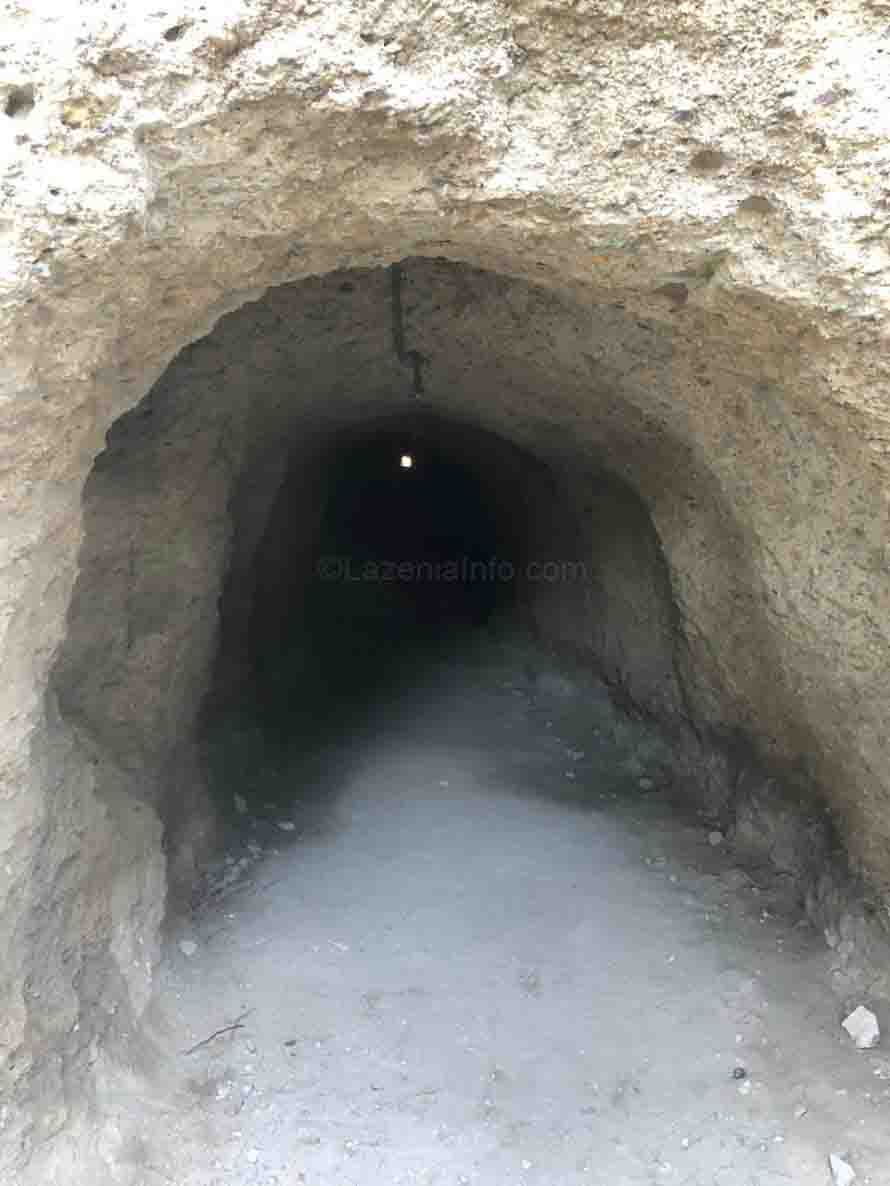 How to get to El Chorro

You can either leave your car in a free parking zone or pay 2 euros and park it in the secured place.

Another option is to get there by train: You can get there from Granada to El Chorro, with a change of train in Bobadilla: train 13062 Granada - Bobadilla- El Chorro (3 hours).

From the train station you can take a bus, which runs every 30 minutes, costs 1.55 € and will take you to the secured parking zone, mentioned above. Following the signs (it tells you to proceed 1,5 km to the entrance), we dive into a dark narrow tunnel cut into a block of stone and walk towards the light. After a short walk, you reach the entrance to the park.

All admissions must be strictly on time to avoid human congestion and even up the endless stream of visitors. First, you are given safety rules, as well as a helmet to start the journey. Then, all you need to do is to enjoy breath-taking views! Have a nice trip!

El Caminito del Rey is not the only fascinating attraction in the area. If you could extend your stay and spend more than a day in the area, there are a couple of hotels, budget hostels or camping places nearby. There are many reasons to stay there for longer and get an opportunity to explore El Chorro lakes and some of over a thousand of climbing routes. The climbers are eager to visit the area, due to a large number of routes of varying difficulty, from simple to difficult. Experienced climbers are constantly discovering new routes and, if you enjoy climbing, you will not be disappointed.

Lakes are an integral part of this landscape, among them, Conde de Guadalhorce is worth noting. An ornate path is laid around the reservoir, with alternating descents to tiny bays where you can swim, rent a boat or go fishing. If you are feeling tired, consider dining in local taverns, or simply have a cup of coffee and dessert, while enjoying beautiful views

Photos of El Chorro Gorge. Get to know the most important points of Caminito del Rey before visit. Scroll right-to-left to view all images. 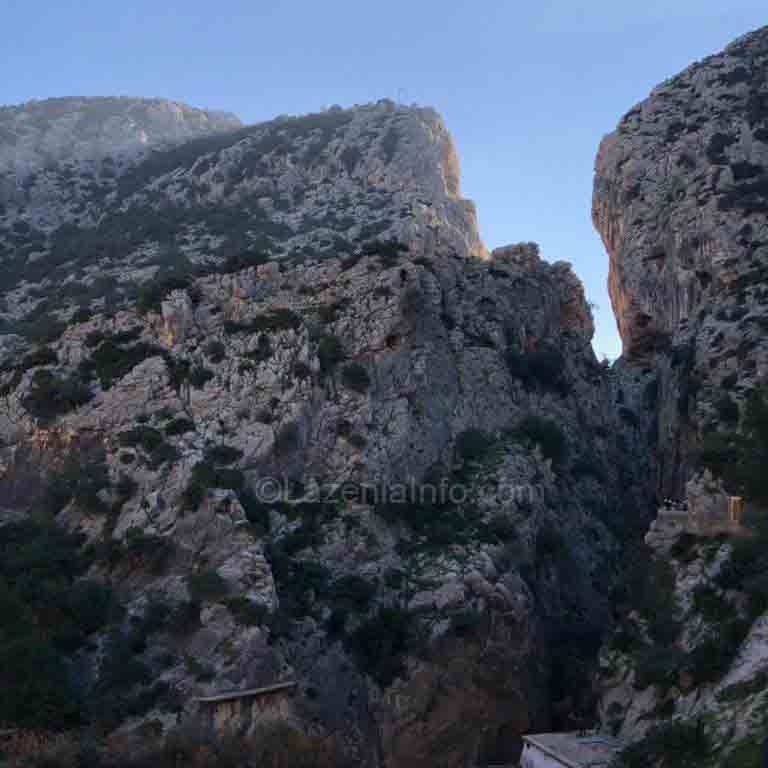 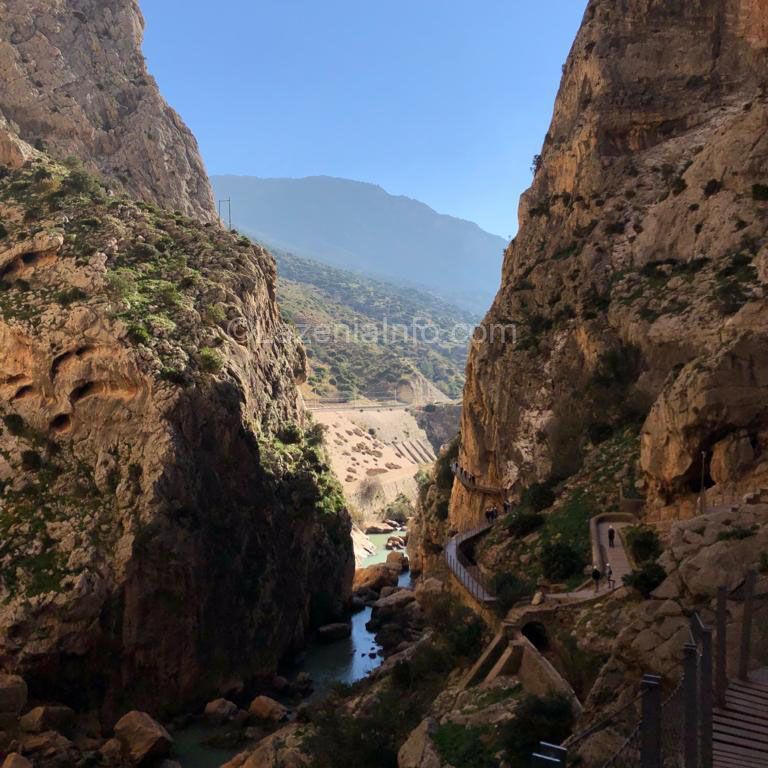 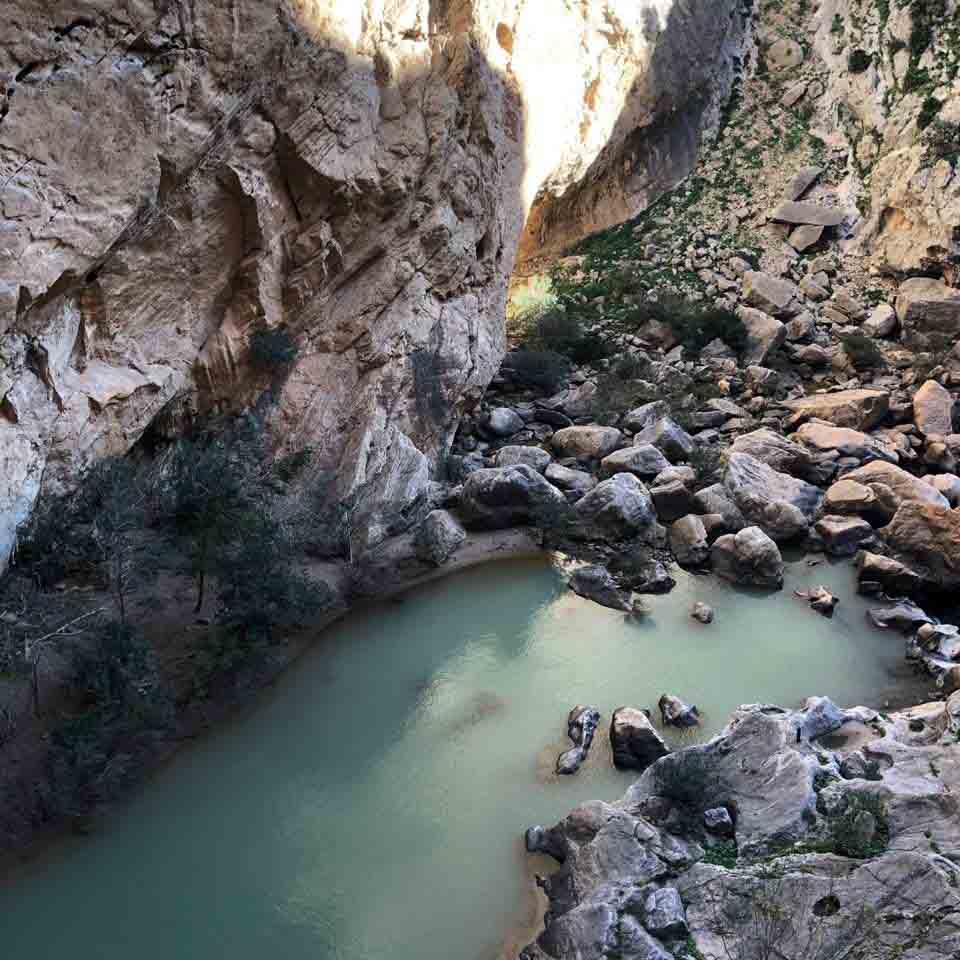 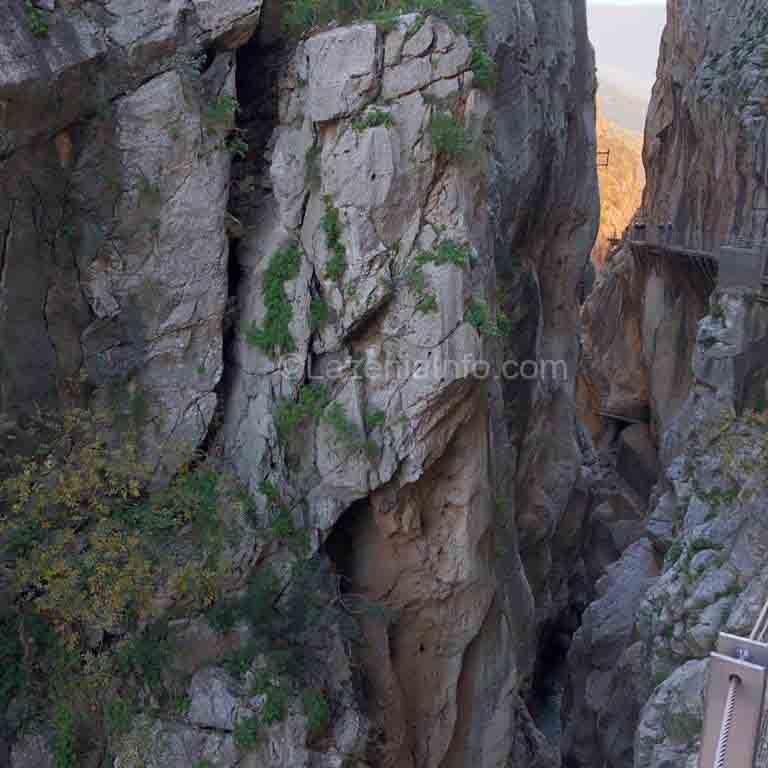 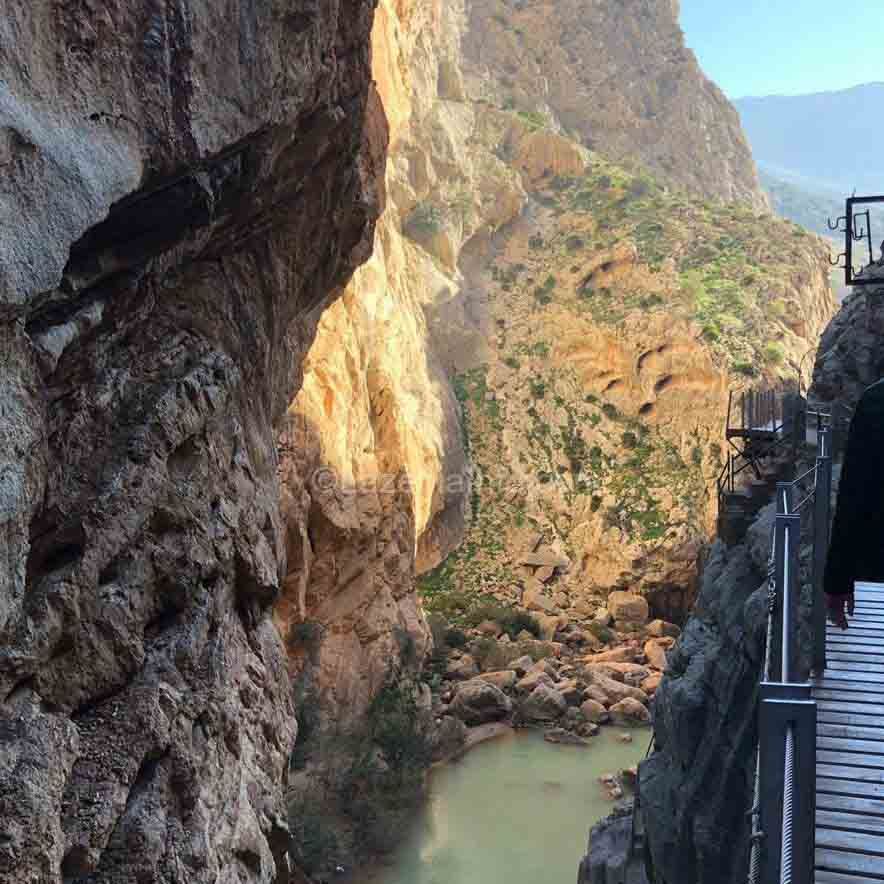 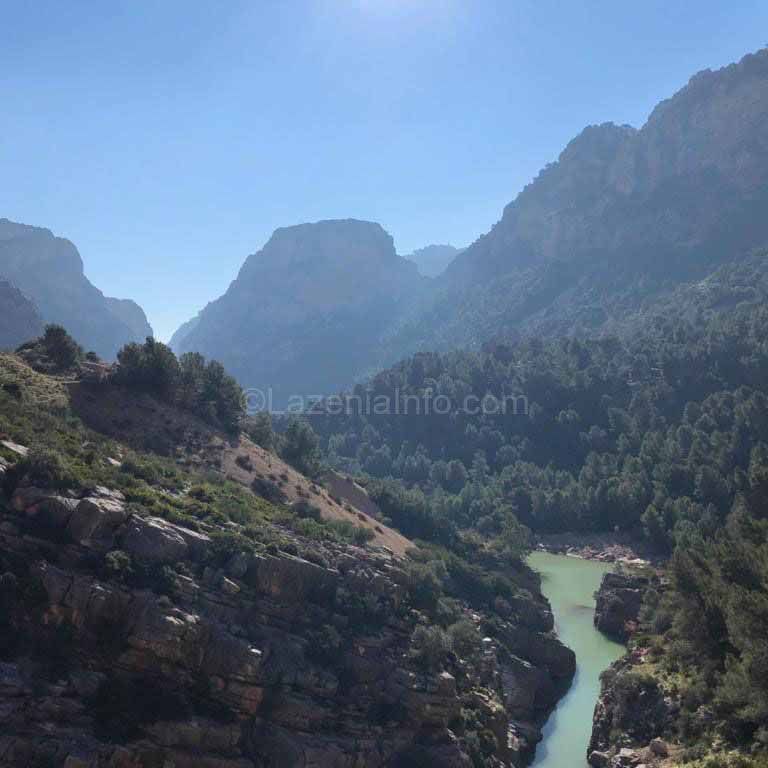 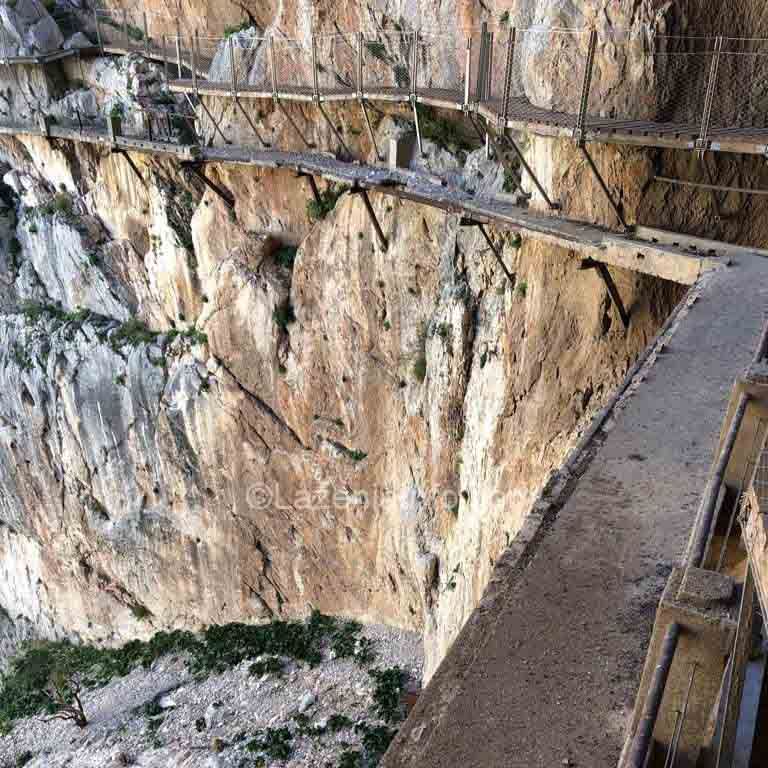 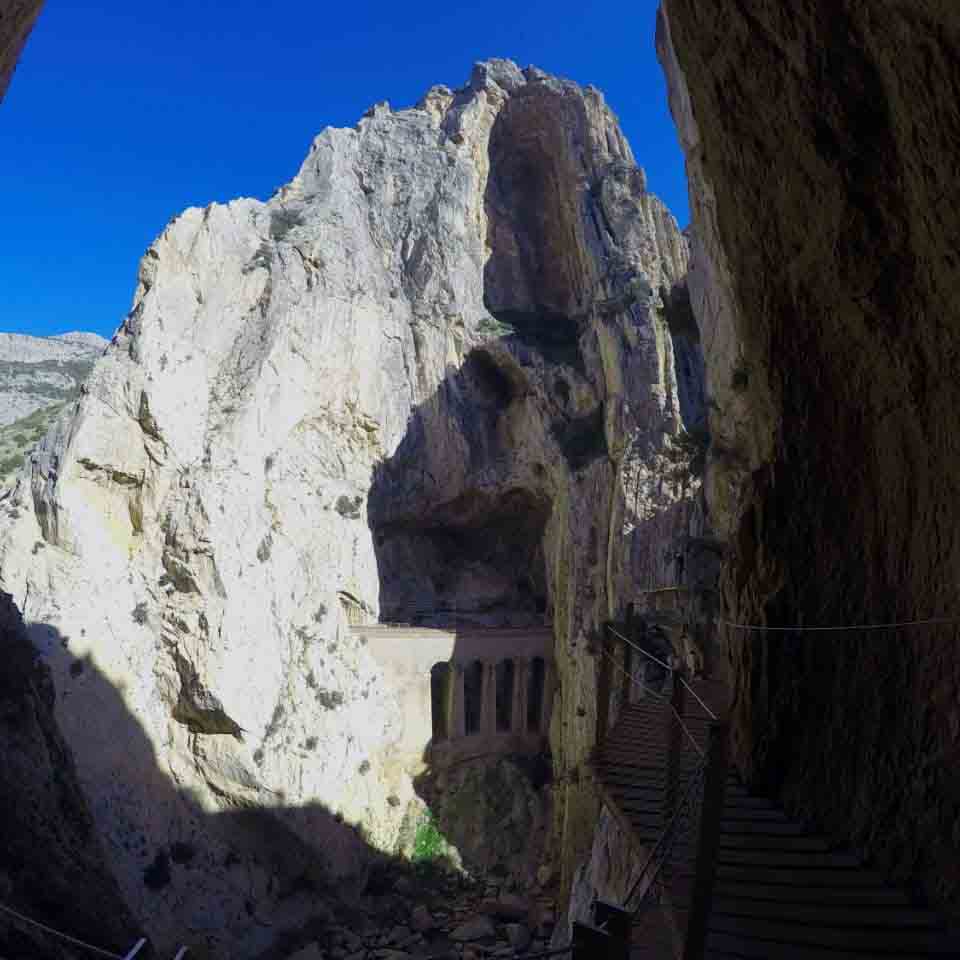 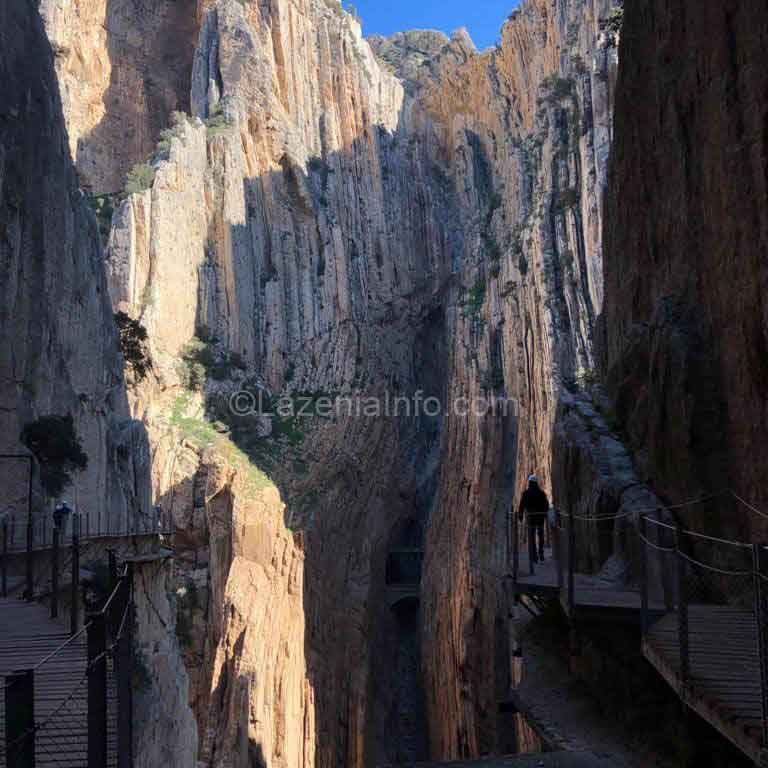 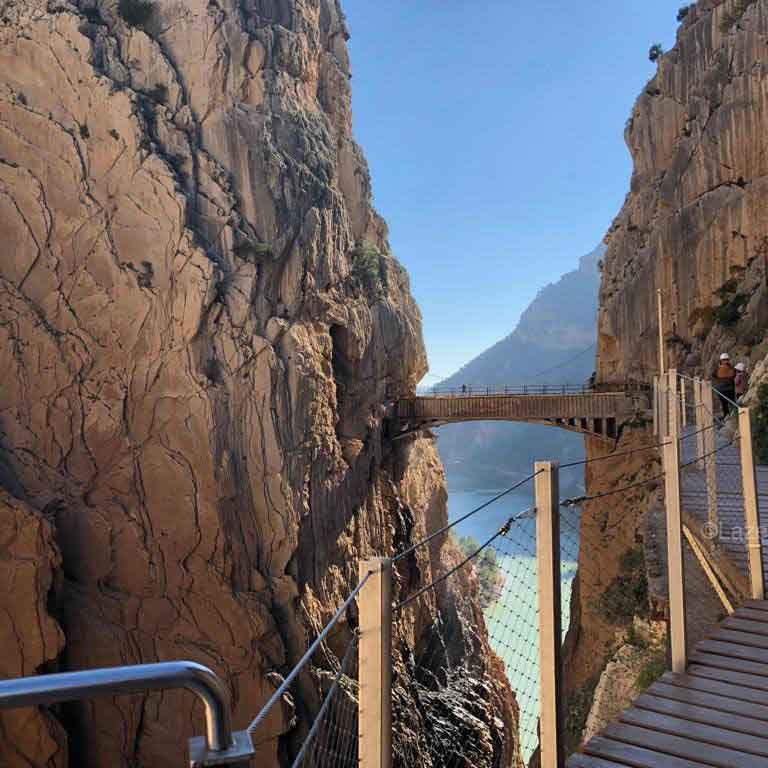 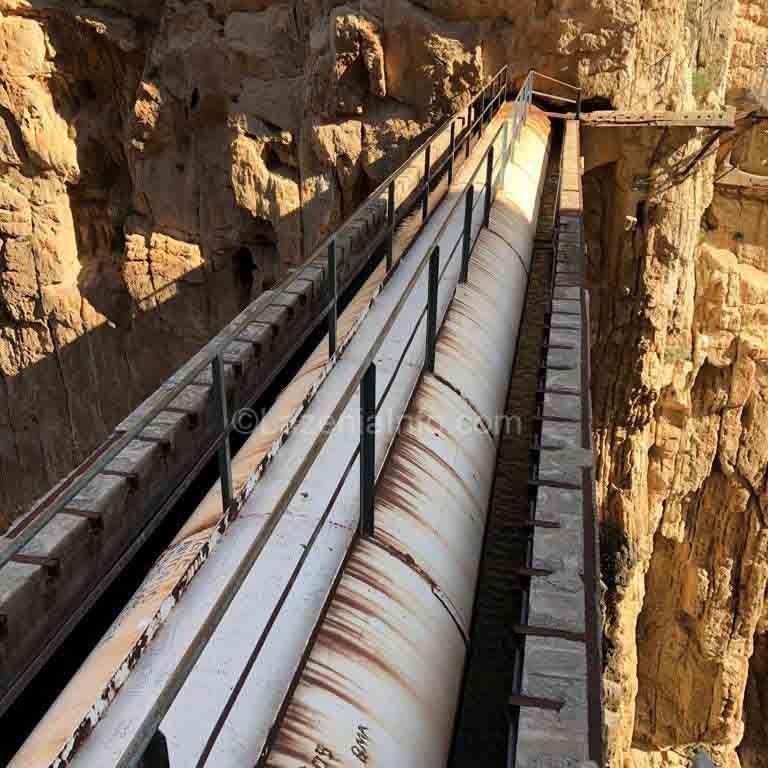 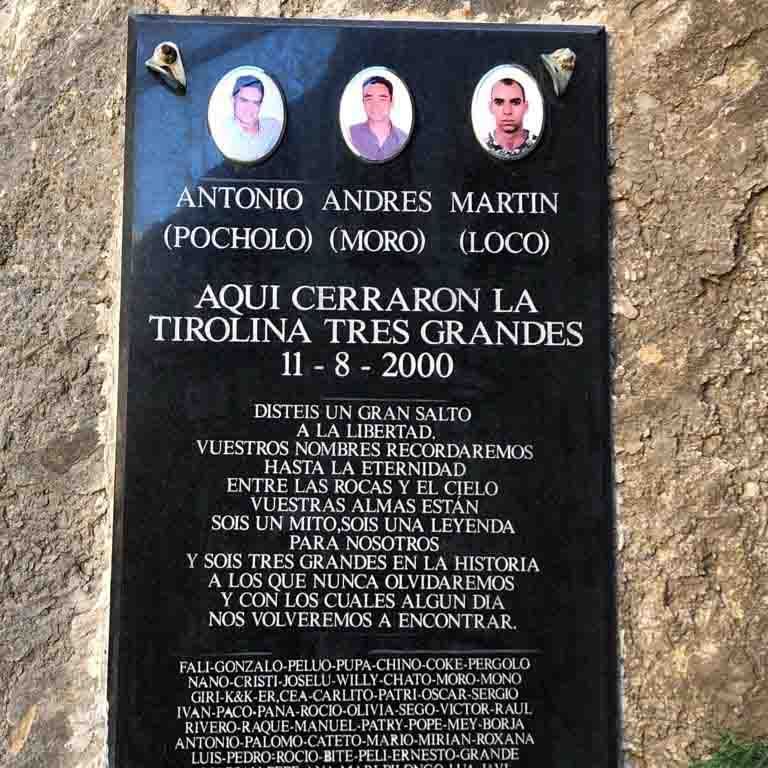 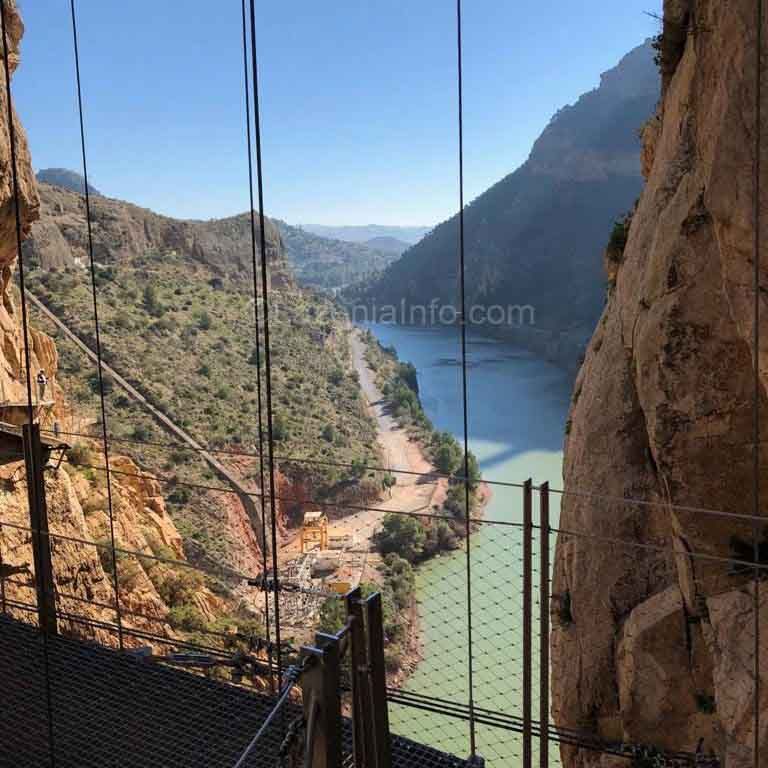 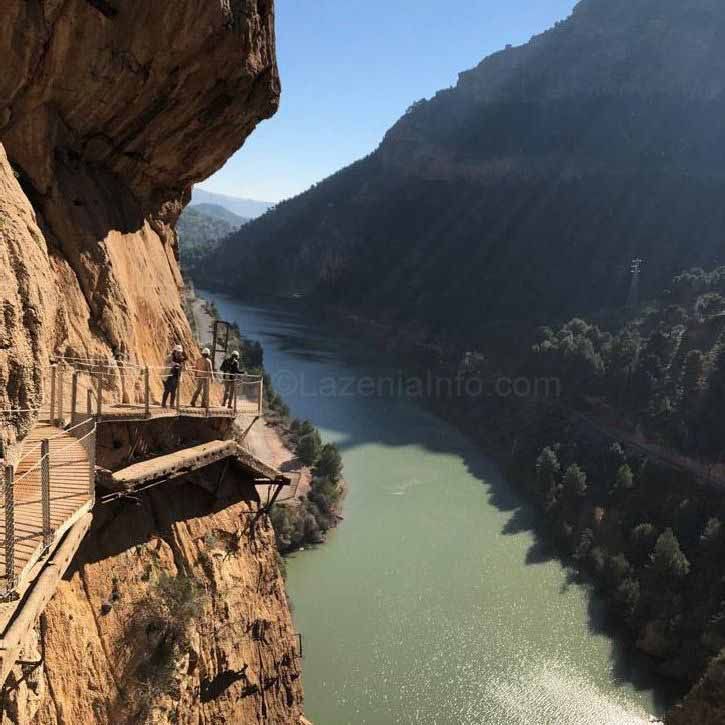 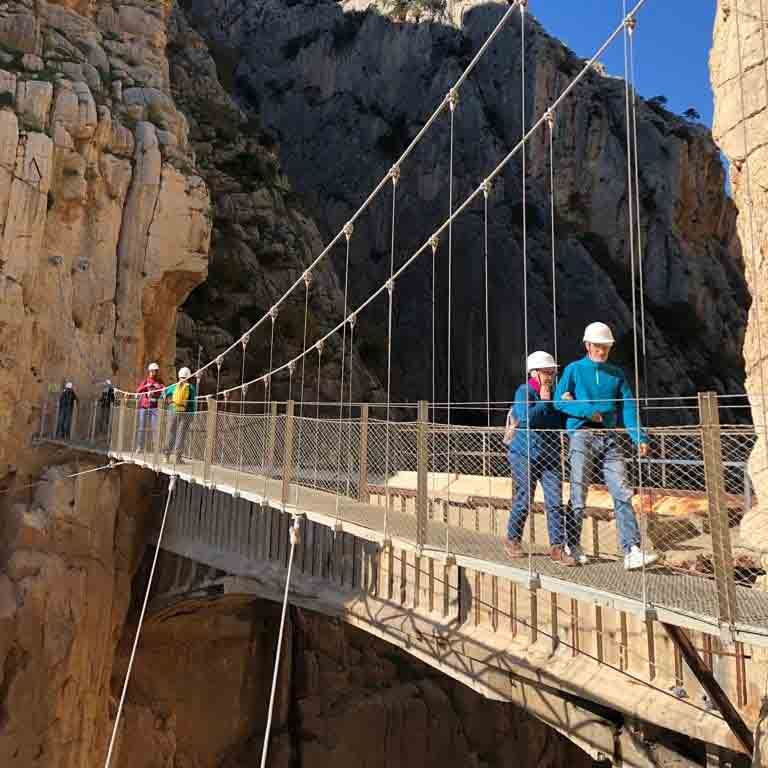 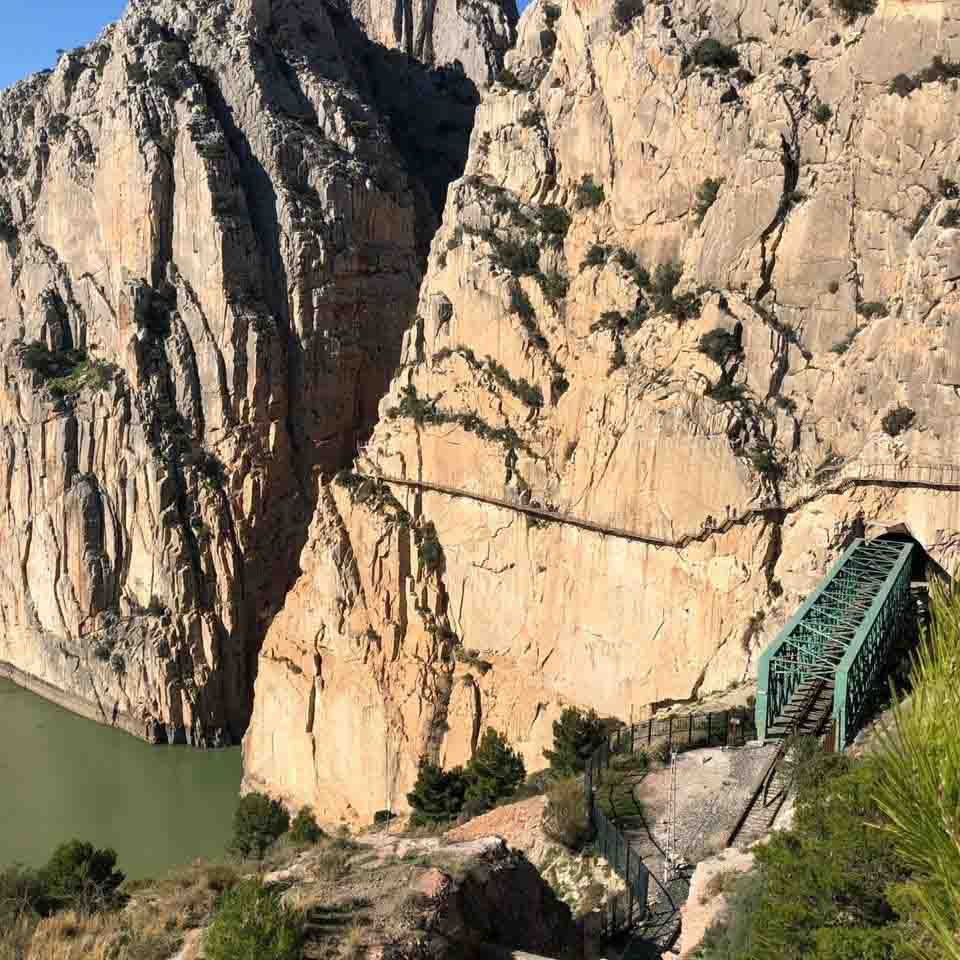 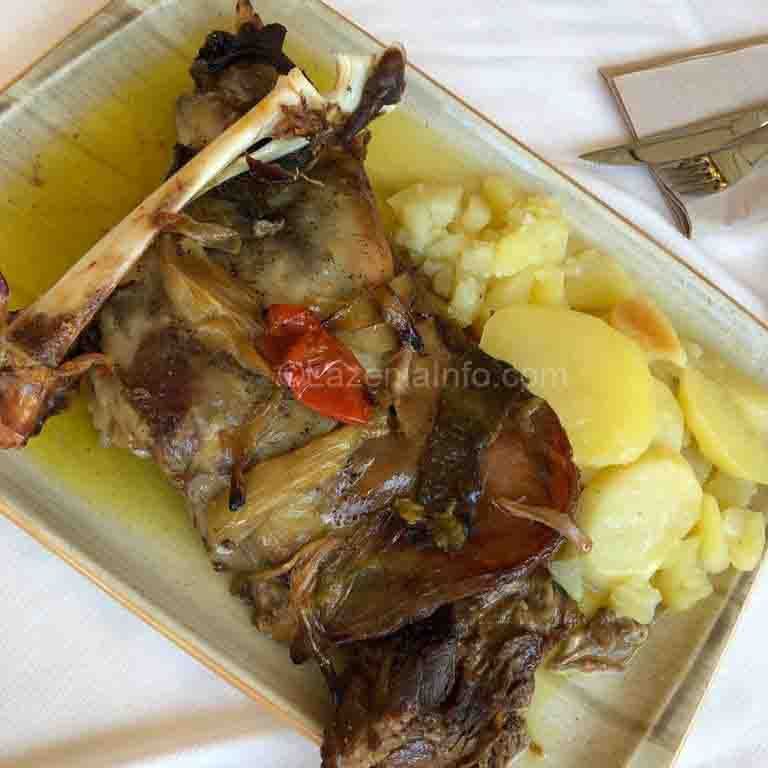 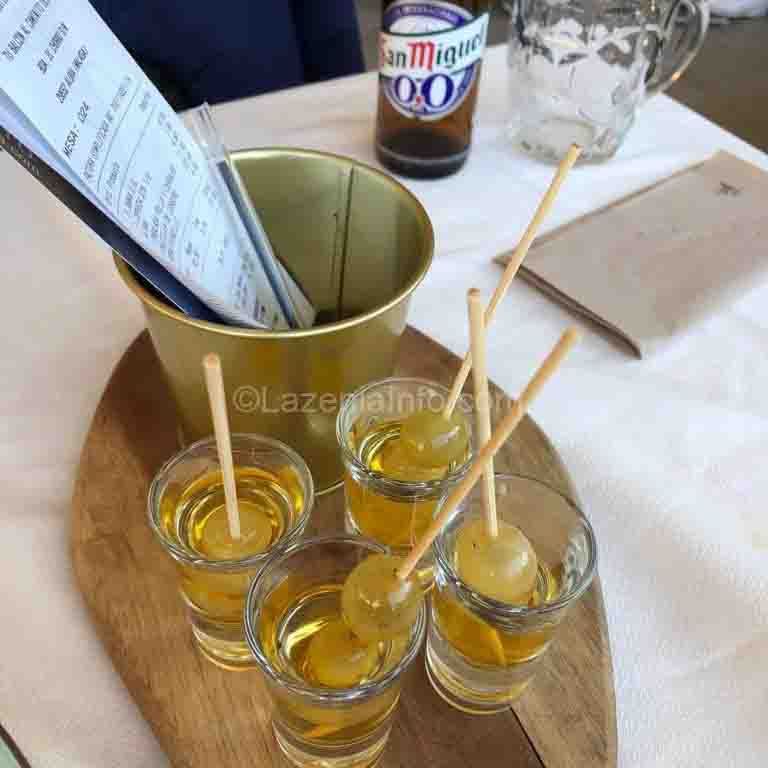